Meteora, in Thessaly, are roughly 310 kilometres away from Polygyros.

They are impressive shapings of individual rocks of 200 – 300 metres, rising from the flat plain. Built on the rocks, there are plenty Byzantine monasteries with unique treasuries of pictures and heirlooms of the old ages, open to visitors. The history of the monasteries begun when hermit monks installed themselves inside the caves situated on the rocks, in the 9 th century A.C. The first monastery, that of Agios Stephanos, was built in the 12 th century. The rest were built in the 14 th century. Today, in a total of 24 monasteries, only four are still inhabited.

The spectacle, as one approaches from the road and suddenly sees in front of him the enormous rocks, is really unique.

Daily excursions – conducted tours from Halkidiki to the monasteries of Meteora are organised. For information you can ask at the reception of your hotel. 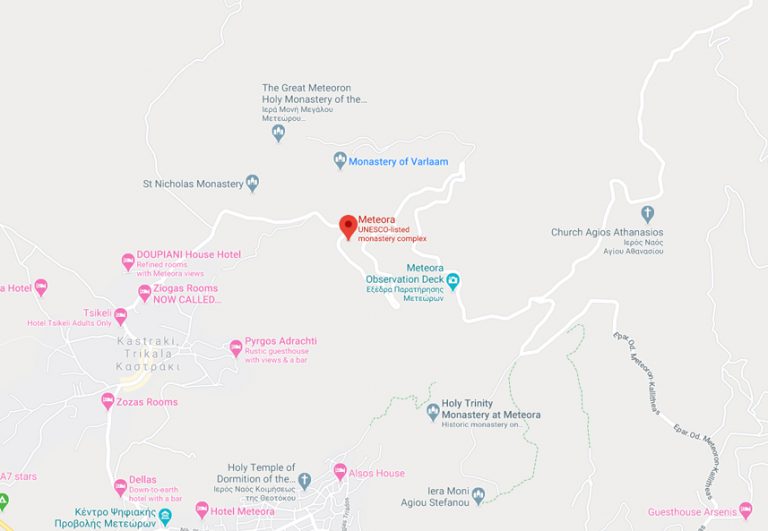 The second biggest city in Greece , the second capital (capital of Macedonia ) as it is often called, has more than 1,5 million inhabitants

“Alkyonis” hotel is an ideal destination both for holidays and business trips, since it is only 35 km far…