It’s roughly 150 kilometres away from Polygyros. It was the holy city of the ancient Macedonians (equivalent to Delphi and Olympia for Southern Greece).

It is a powerfully wall-surrounded city, with perfect town planning. Temples and other sanctuaries, statues of gods, of wise men, of kings and heroes adorn the city with public and private buildings, theatres, baths and early Christian basilicas. Mythology says that the women of Dion dismembered Orpheus because, after his failure to bring back to life his beloved Eurydice, he despised them. The murderers ran to wash off the blood from their hands in the small local river called Vafyra. The river, in order not to accept the blood, was lost in the gorges of Olympus and after a long way, it flows underground, clean to Dion.

The region is inhabited since the early Iron Age (1100 BC). Zeus’ (Dias) sanctuary was founded here by the Macedonians, simultaneously with the neighbouring Aiges (Vergina) in 700 BC roughly.

King Arhelaos made the space known as a joint sanctuary of the Macedonians and enacted the Macedonian Olympia, religious, athletic and artistic feasts and fights, dedicated to Zeus. They lasted nine days, one for each muse. Here Euripides taught his tragedies and Orpheus played music. An impressive big polyphonic musical instrument (1st BC) was discovered here, the most ancient in Europe.

Since then and for centuries, Macedonians assembled in the city to honour Zeus, the Muses, Hercules and the other Gods of Olympus. Alexander the Great prayed here to Zeus, before he begun his victorious expedition in the East.

The city is square with straight, paved streets, perfect systems of water supply and sewerage, public lavatories and baths, theatre, shops, public buildings and house with infrequent art mosaic floorings and unique murals. Outside of the city walls, in a big extent, were discovered the temples of Dimitra, Artemis, Dionyssos, Isis, Aphrodite, with statues, inscripted columns, votive offerings, architectural parts, figurines, vessels etc. Also a theatre, a stadium, Macedonian graves. Among them, later early Christian basilicas with splendid mosaics. Next to the temple of Isis are the anchorages, that show that there, in the river Vafyra, the boats were tied up.

Most of the discoveries of the region are exposed in the archaeological museum of Dion: prehistoric, Mycenaeic, statues, altars, grave stones, architectural parts, arms, vessels, tools, coins, jewels, figurines, utensils, early Christian symbols etc. Very impressive are also the statues of Aphrodite, Dionysus, Asklipios, Isis, Medea, the head from statue of Dimitra, the statues of philosophers.

Departing from Halkidiki, there are daily organised excursions for conducted tours in the archaeological site and museum of Dion. For information you can ask at the reception of your hotel. 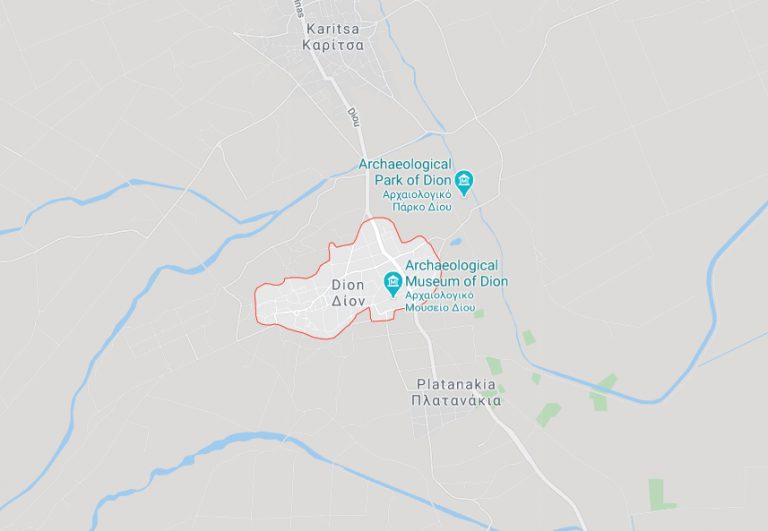 A journey around the Kassandra peninsula Kassandra is seen as the most cosmopolitan of the three ‘feet’ of Halkidiki, many of its villages having large

A tour of the Sithonia peninsula With the pine trees coming right down to the beach, the air full of intoxicating scents, the rugged coastline

Secret Paradise Hotel & Spa  is located 35 km far from the city of Thessaloniki, in the western part of…