Pella is approximately 100 kilometers away from Polygyros.
King Arhelaos transported the capital of Macedonians from Aiges (Vergina) to Pella, in the beginning of the 5 th century BC.

The city was built according to the ippodamio system, with square blocks and straight streets. It was decorated with brilliant palaces, temples and majestic public buildings. The ruins that the excavations brought to light, testify its wealth, force and glory. Soon, Pella became the biggest Macedonian city.

The palaces were once enormous, complicated complexes of buildings with courtyards and galleries. They were built on a hill with immense view over the plain and sea, up to as far as the Olympus Mountain. The market, the commercial centre, was square and crossed by a large avenue. Its big central square with sanctuaries, altars and statues, was surrounded by a big gallery with Dorian colonnade and a lot of shops and workshops in three lines around it. The market had fountains and a perfect system of water supply and sewerage.

Most impressive are the mansions of the city, large, with internal gallery- surrounded courtyards with elegant pillars, brilliant halls with elaborate mosaic floorings. These mosaics of Pella are eminent for their art. They are constituted of multi-coloured pebbles in astonishing combinations of themes inspired from nature, mythology and history, beautiful shapings and colours, revealing unrivalled movement and life. The mosaic of Dionysus depicts the god of joy on a panther, crowned with a thyrsos in the hand. The mosaic with the hunting of the lion portrays Alexander the Great and Krateros killing the beast in a marvellous composition of astonishing shades in a beautiful frame, with rich plant decor and spiral meander around.

Pella was connected with the sea, with a big navigable channel. The funeral gifts of the graves in the city cemeteries, also confirm its quality of life and its culture. The biggest, known up to now 4 th century BC Macedonian grave was excavated here.
Zeus the Mighty, Possidon, Athina, Apollo, Dimitra, Asklipios, Dionyssos and Hercules were worshipped in Pella

In Pella, Alexander the Great was given birth in 356 BC and grew here. For roughly two centuries of the Hellenistic Time, Pella flourished and its radiance extended allover the world of the time.

In 168 BC it was occupied by the Romans, who destroyed it and transported the gold, the silver, the statues and its treasures to Rome. The city remained as a capital of one of the four “portions”, into which the Romans divided Macedonia.

In the archaeological museum of Pella exist several mobile findings from the excavations of the last forty years. Among others, the visitor can admire plenty architectural members, statues, sculptures and bas-reliefs, ceramic, figurines, vessels, casts of vessels and figurines, arms, tomb columns, jewels, utensils, coins and a lot of mosaics from the floors of the buildings.

Vergina is approximately 130 kilometres away from Polygyros. Vergina’s old name was Aiges and it was the first capital of Macedonia from 700 to 400 BC roughly. There is situated the eminent royal cemetery of the Argeadeis dynasty.

The excavations have brought to light the majestic palace of Vergina and Macedonian graves; among them the grave of King Philip II, father of Alexander the Great, that was untouched. It is an exceptionally big grave with a grandiose facade, antechamber and main chamber. In the frieze of the chamber there is an exceptional painting composition of hunting that includes Philip and Alexander the Great. The bones of Philippos were discovered in a golden urn. The grave contained an entire treasure of golden grave gifts.

Among other graves that have been excavated in the region, is the known Grave of Persephone, the Grave of the Prince and the Grave of Eurydice. The palace of Vergina is an imposing building of the 4 th century BC Unified with the palace, it then constituted the theatre and the temple of Efkleia.

The excavations brought to light enough parts from the powerful fortress and the citadel. Conducted tours for the two archaeological sites are organized daily from Halkidiki. For information you can ask at the reception. 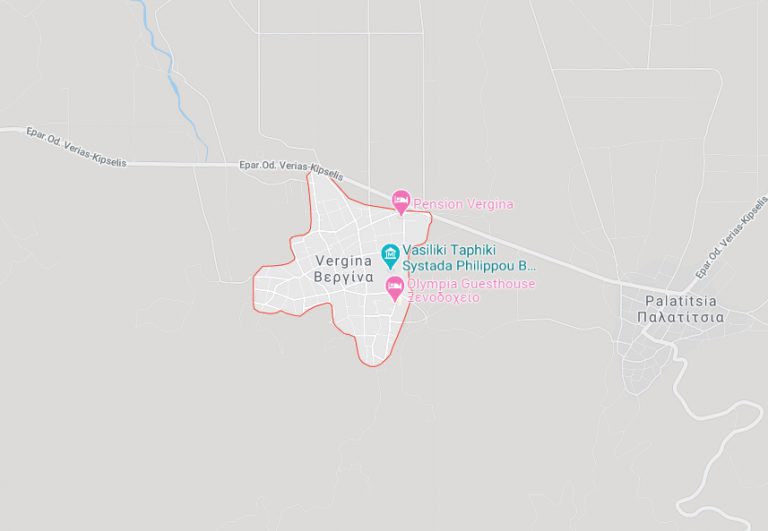 In Western Halkidiki, at a mere 54 km southeast of Thessaloniki is the reknown Cave of Petralona. This cave was discovered in 1959 by the

Secret Paradise Hotel & Spa  is located 35 km far from the city of Thessaloniki, in the western part of…